“The problem with Zen is that there is such a word.” Dr Richard DeMartino

Though the entrance to this site warns that I am not here to teach ‘Zen’—and I am not—I must address what Zen appears to be today and some of its pitfalls. What Dr DeMartino was trying to express in the above quote is that once you have a concept of something called Zen you are already lost. Today Zen has become a ‘thing’, a way to conduct yourself, a series of rituals and even a vocation at which you can make a living. This was all too apparent when I was in Japan recently and saw the disdain many locals had towards the business of Zen. I was quite shocked by it all. Now Zen is considered to be the practice of zazen, the koan or mindfulness. When I meet people that know of my background in Zen they often immediately ask, “What do you practice? Meditation? Mindfulness? What?” I answer, “When someone is a musician or an athlete, do you ask them what they practice in order to belong to that profession, or are they just that thing?” The practice of Zen has replaced the essence of Zen—to get the arrow out.

The emphasis on practice over the goal of practice is somewhat mystifying to me. It’s like practicing the piano not to play it but just to practice it. Practicing not to overcome the dualism between the person and the piano (thus allowing perfect freedom on the instrument), but to master the techniques as opposed to being liberated from the techniques. I think Zen has become technique oriented instead of awakening oriented. Instead of delving into the heart of the matter, today’s Zen teaches technique, mainly meditation/zazen. Why has this become the main focus of Zen? Here I think it is good to look at two of the most essential stories of Buddhism. In the founding story of Buddhism, Siddhartha finds that a life of hedonism and a life of asceticism both fail at liberation from suffering. The story goes that he was so extreme in his asceticism that he lived on one grain of rice a day. He realized that this austere life was going to kill him so he gave it up. Upon reaching this extreme point, he vowed to sit under the Bodhi tree and not move till the problem was solved. The story does not say that he sat in meditation under the tree but that he just sat. He had meditated for years in the forest: what was different about what he was doing now? This is my question to practitioners of ‘Zen’. What is fundamentally different in his sitting under the tree as opposed to his years of practice in the forest?

The second story is that of Dazu Huike approaching Bodhidharma. This is essentially the beginning of Zen and therefore most germane. After standing for days outside of Bodhi’s cave, he is finally approached by Bodhi. Bodhi asks, “Why are you here?” and Huike replies, “My heart-mind is not at ease”. Bodhi replies, “The way is long and difficult” and with that Huike takes out his sword and cuts off his arm thus proving his strong intentions and desperation. Bodhi accepts this and says, “What is wrong?” And Huike replies, “My heart-mind is not at ease” and Bodhi declares, “Hand it to me that I may pacify it!” With that, Huike is awakened and liberated from his suffering. Now for the man to whom nine years of supposed wall-gazing meditation is the way, why doesn’t he tell Huike to meditate? All of Zen today is based on this idea of meditation, yet Bodhi himself didn’t tell Huike to meditate: how can this be? What actually happened at this encounter? This is the crux of Zen: presenting that which has the problem. 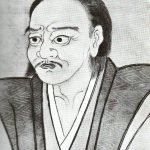 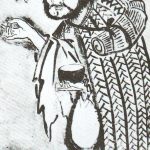 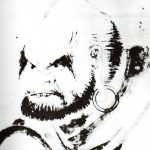 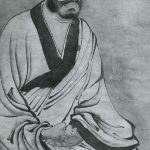 Zen and Buddhism in general have taken on the facade of the ‘grinning master’; it is now the hallmark of the master to be shown grinning from ear to ear. On television or the web, you see picture after picture of widely grinning masters. Oddly, when you look at the historical pictures of the old masters you rarely see this. What you do see is a great intensity and focus in their persona, not a beaming grin. There is a presence about them that grounds you to the moment. Today, however, there would be no acceptance of these seemingly stern masters. There is a spiritual materialism that exists in Zen and has for centuries. Monks competing on who was more ardent and tearing extra holes in their clothes to show their poverty. There is as much attachment to the robes and bald heads as any other person has to their persona. By cutting your hair and wearing robes you may be trading one form of attachment for another.

I have encountered masters who will not in any way engage in a deep inquiry into what they teach. It is more about believing what they tell you or following their instructions. It is not about being driven deeper and deeper to the root of the problem. I have seen students expelled from Zen lectures because they dared to sincerely challenge the teacher in their quest for truth. In one case, a monk led a prayer that had the line, “happiness for the lion and happiness for the lamb”. One student inquired, “What if happiness for the lion is to eat the lamb?” The monk got very angry and told the student they had no right to question him, for they could not understand his depth. He then banished the student from the center due to their arrogance. I witnessed the head of a very famous US Zen center proclaim in a lecture that, “no abstract thought is real” and one of those attending asked aloud, “what about math”? The monk gave no answer and just glared at him. After the meeting the monk came up to him and severely admonished him for the challenge, proclaiming they had received the ‘Direct Transmission” and should not be questioned.

Another master assigned a student to be the head of ritual because, “ritual is extremely important to the foundation of Zen”. I asked: “If Zen is that which is outside of words and letters and does not rely on ritual or teachings, why is ritual so important?” He had no answer other than to tell me that I don’t understand what he knows.

So there is this institution called Zen now that has its own culture, practices and awards, and that is not what I am in the least bit interested in. When I came to Zen decades ago, I had no idea what it was. I had a poison arrow deep in my being and needed it out. I was most fortunate to find a teacher who immediately and profoundly addressed the issue and never taught me “Zen”. On this site, I am interested in addressing the root of the problem and hopefully how to solve it.